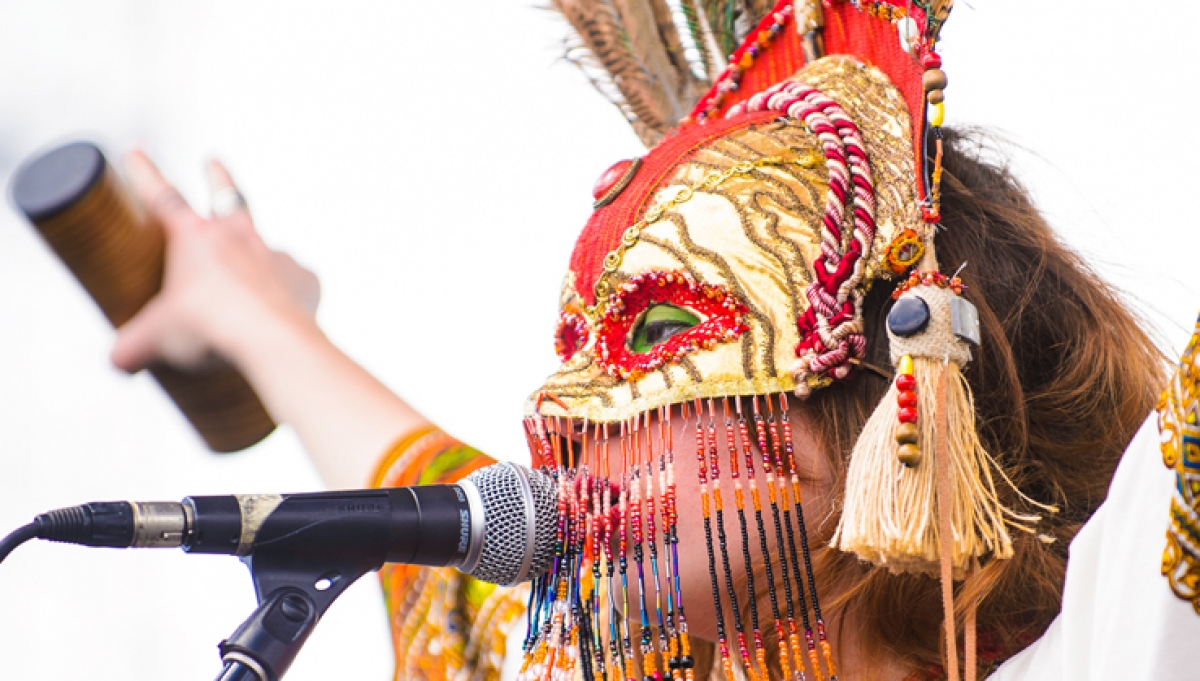 Masked, tribal, psych rockers Goat have announced their first ever European tour that will finish with a huge show at the Roundhouse.

The Swedish band’s highly acclaimed debut album World Music in 2012 became one of the most talked about albums of the year. Described as ‘a brilliant and intoxicating record’ by Clash Music, the BBC also urged listeners to ‘surrender your mind, body and soul to the music of Goat and one of the year’s best albums.’ Since then, Goat have wowed fans at many of the great festivals including Glastonbury, Primavera, Roskilde, Flow, Way Out West, ATP and, most recently, Coachella.

Goat are currently in the studio putting the final touches to their much-anticipated new album before heading out to bring their unique brand of Tribal Psych to crowds across Europe.