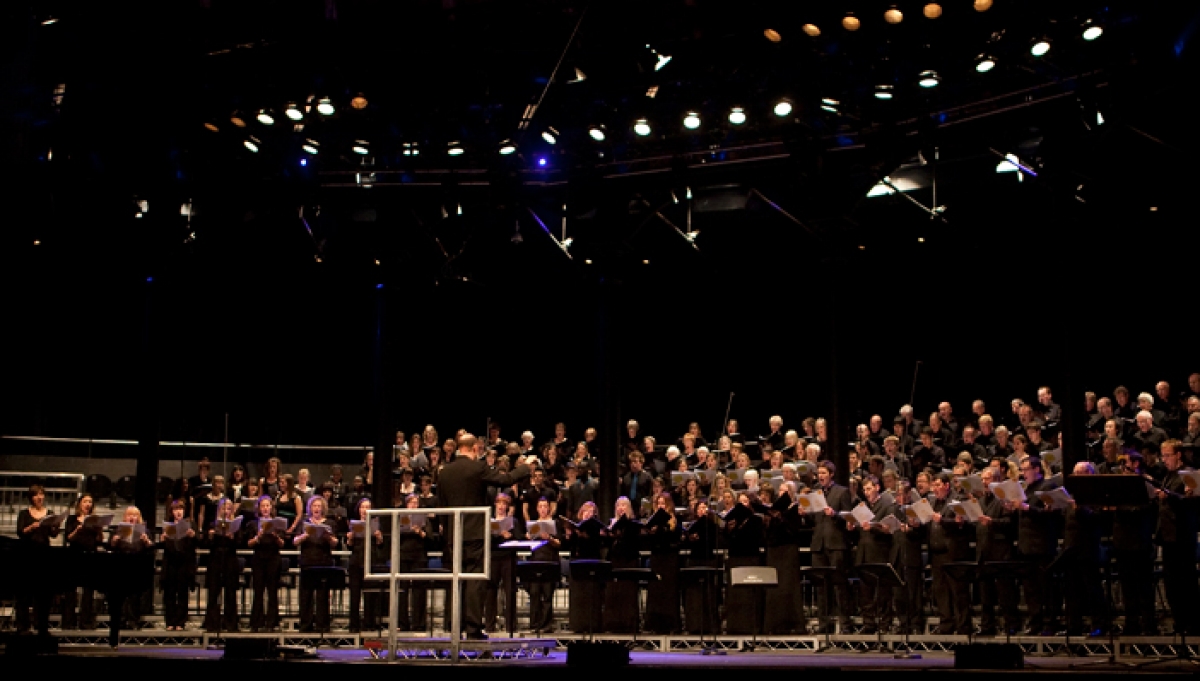 Voices Now, Making Music and the BBC Singers present a day showcasing some of the UK’s best choirs, including the Roundhouse Choir, following the success of the first Voices Now Festival in 2011, which saw over 2,000 singers perform at the Roundhouse.

Choirs with styles ranging from world and beat-boxing to classical, and from every corner of London and the UK, will perform throughout the day, following performances in their local areas on Saturday 3 March. All this will culminate in three choirs joining forces for the premiere performance of Orlando Gough’s Making Music Overture, commissioned by Making Music as part of the London 2012 Cultural Olympiad, and broadcast live on BBC Radio 3’s The Choir.

Voices Now is part of Music Nation, a Countdown Event for the London 2012 Festival, the finale of the Cultural Olympiad. The festival is a 12-week UK-wide cultural celebration that brings leading artists from all over the world together to celebrate the London 2012 Olympic and Paralympic Games through dance, music, theatre, visual art, film and digital innovation.

Roundhouse Radio talked to Margaret Cameron from the BBC Singers. Listen to her interview below or read the transcript on the Reverb blog.

Have your say. Tag your tweets with #reverb2012