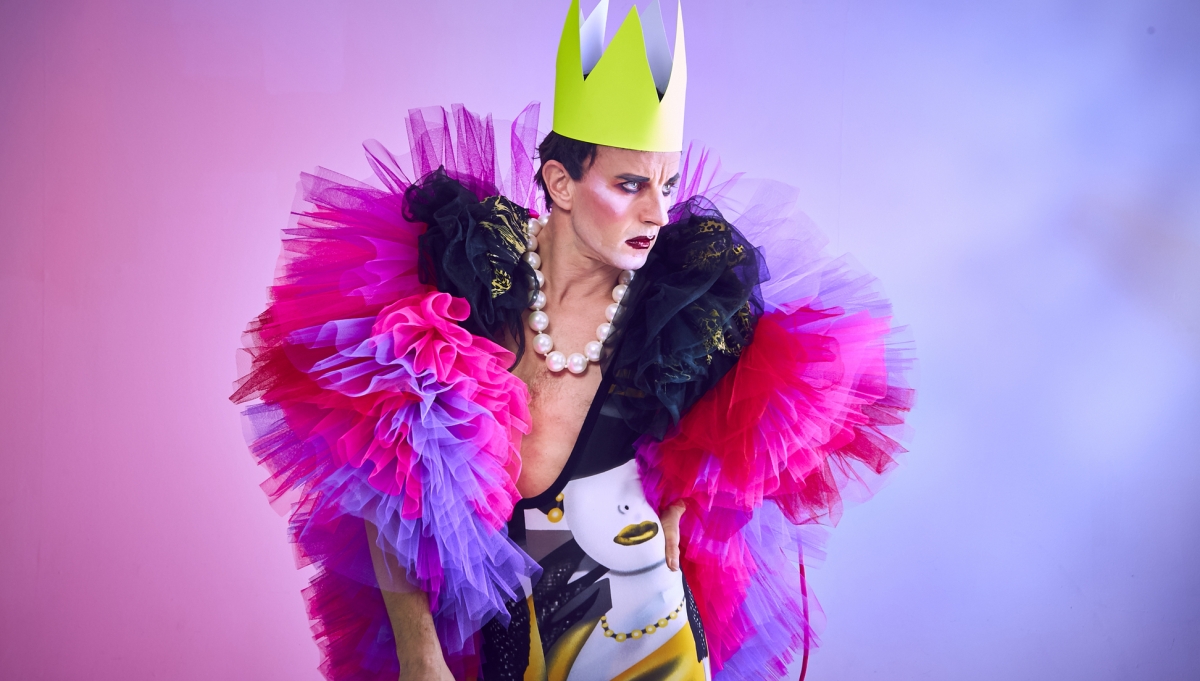 Jonny Woo’s Xmas Cabaret has become a staple of the Roundhouse calendar over the last few years and whilst we can’t bring you a festive spectacular this year we’re taking the opportunity to host a special, online In Conversation with Jonny, delving into his 20+ year career, the challenges of 2020 and how he’s stayed creative during this strangest of years.

During the session Jonny will share details about a new project he’s been working on in lockdown as part of the Join the Docks programme in London’s Royal Docks. Silvertown is a play set in the 1960s centred around The Kent Arms, an East London pub known for its LGBTQ+ clientele and explores themes of sexuality, identity, race, politics, community and ‘safe-spaces’ in the context of 1960s society. Jonny will talk about how he’s approached the project, commissioned by the Royal Docks Team, including his research process which has involved talking to local residents about their first hand experiences.

Jonny Woo is an award-winning performer, comedian, drag queen and a leading light in the world of cabaret. He has toured the world and graced illustrious stages from Glastonbury and The Royal Opera House to Jonny’s very own East End pub and queer performance space, The Glory. Jonny’s satirical social-commentary and dedication to nurturing and making space for the next generation of queer performers and artists has lead to him becoming a spokesman for counter-culture, giving numerous lectures and being featured on BBC, Netflix and a wide range of publications.

This Roundtable in-conversation is open to anyone aged 18+