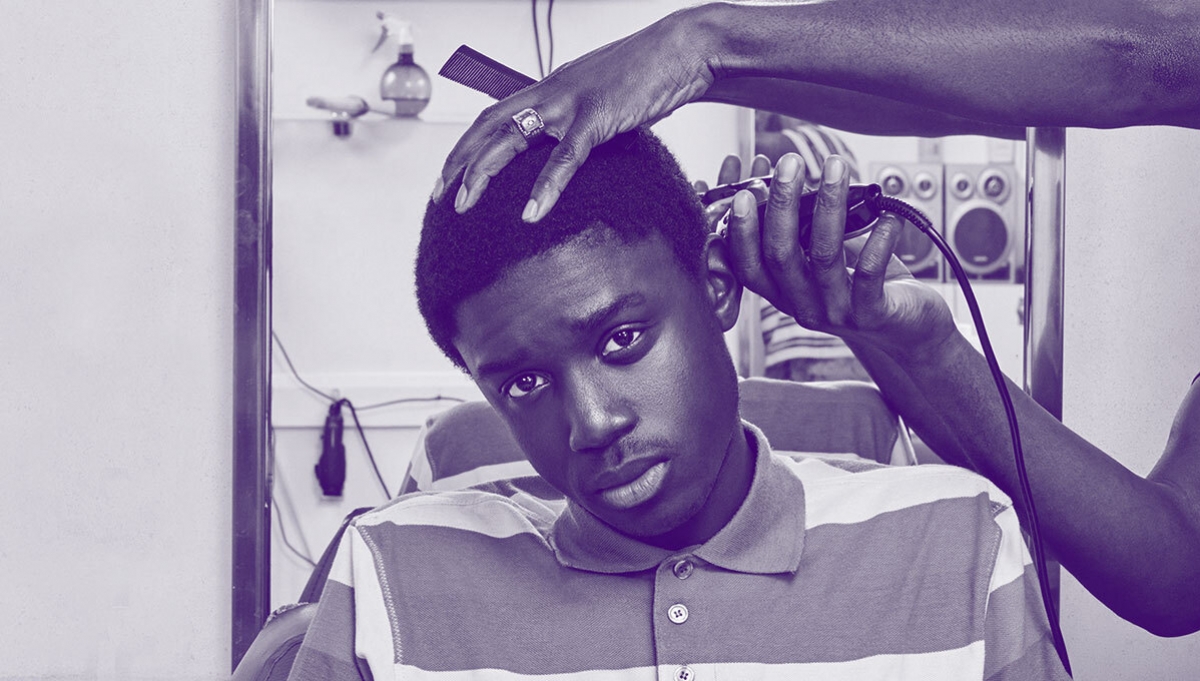 Available from Thursday 14 May

Inua Ellam’s acclaimed Barber Shop Chronicles had two sell-out runs at the National Theatre, a world tour, and a hugely successful summer residency in the Roundhouse main space in summer 2019, and is now available for you to watch online via National Theatre at Home.

Newsroom, political platform, local hotspot, confession box, preacher-pulpit and football stadium. For generations, African men have gathered in barber shops to discuss the world. These are places where the banter can be barbed and the truth is always telling.

Directed by Olivier award-winning director Bijan Sheibani, Barber Shop Chronicles is a heart-warming, hilarious and insightful new play that leaps from a barber shop in Peckham to Johannesburg, Harare, Kampala, Lagos and Accra over the course of a single day.

This enhanced archive recording was captured by the National Theatre in January 2018 and features the original cast.

National Theatre at Home
Every Thursday at 7pm UK time, a much-loved National Theatre play will be made freely available to watch via the National Theatre’s YouTube channel for seven days. They believe theatre is for everyone and want to support fans at home in these unpredictable times. They thank all of the amazing artists who have given their permission to share these plays in this way.

Co-commissioned by Fuel and the National Theatre. Development funded by Arts Council England with the support of Fuel, National Theatre, Leeds Playhouse, The Binks Trust, British Council ZA, Òran Mór and A Play, a Pie and a Pint.

Performing Arts at the Roundhouse

When you bought a ticket to Roundhouse, you did something really good. Thank you.

Your ticket supported our work with young people to provide life-changing opportunities.

If you can, please consider helping again today whilst you enjoy this at home so we can continue to support young people at home.

UK networks only. Texts cost your donation amount plus one standard rate message.