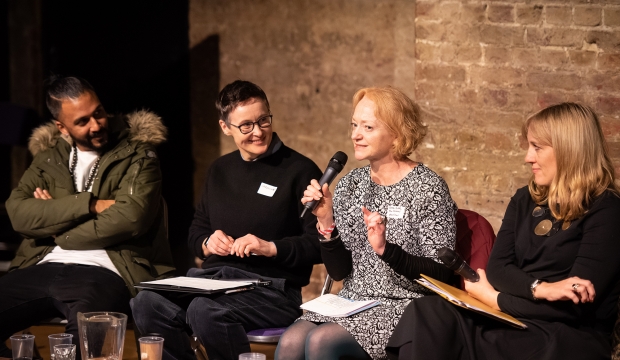 Class is an often neglected index of need, and working class people are one of the most poorly represented in our sector. The Panic! It’s an Arts Emergency report illustrated such. At the recent Driving Change in Our Sector event, held by the Roundhouse, class was the focus of a panel chaired by Deeds and Words founder Caroline Ellis. Indeed, deeds and words seemed to be the grounding philosophy of all the panelists. Reminding us that creating an inclusive culture is more than calling yourself that. 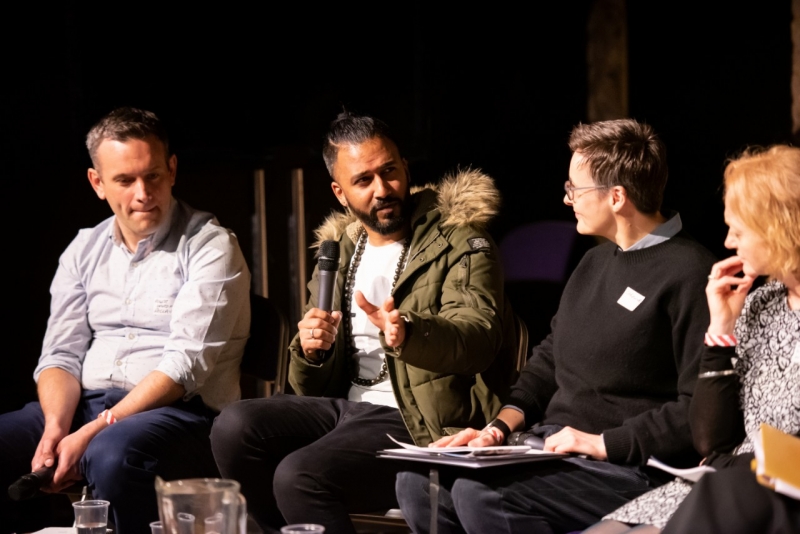 Creating an inclusive culture is more than calling yourself that.

“Representation isn’t another occasion, it’s just my life” Yamin Choudhury, Artistic Director of Hackney Empire says and goes on to encourage people to ask why are you here in the industry? What did you see? And who did you bring with you to help change the situation? It is not about platforming yourself as the token voice of all brown people left outside the door, but actively seeking to bring people in, take up space and indeed help them to create their own spaces.

The sector is not egalitarian and culture has never been meritocratic. In theory and in practice, working class people are under-represented and systematically excluded from participation in cultural production. Who gets to experience, who gets to make and continue making, art in this country, is very much dependent on their level of privilege. Making it important to identify how class works and operates for those who work in the arts, for individual consumers of art and how class functions in wider society. 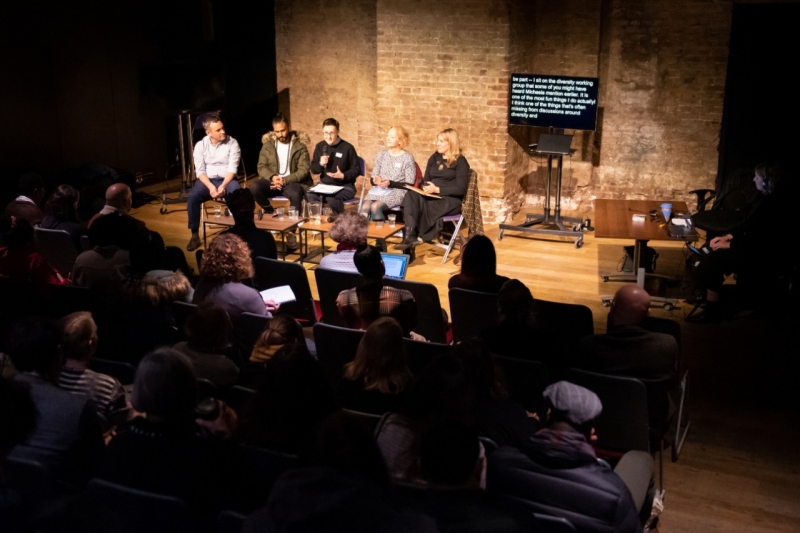 The full panel including Michaela Greene from the Roundhouse.

Middle class people dominate the arts. Roger Harding, CEO of the charity RECLAIM which works to empower working class young people, argued that the economic, social and cultural capital middle class people hold puts them at a greater advantage in the world of art and culture. Working class young people face constant obvious and often invisible barriers to achieving successful and sustainable careers within the sector. For those on the lower rungs of the creative industry the disparity is obvious. If young people can’t afford to work for free and participate in entry level schemes and training opportunities then they will not make the connections needed to advance. Entry level incentives aim to diversify the workforce, yet there are obviously issues facing progression routes when that does not trickle up to managerial levels.

Harding broke down capital into its component parts of economic capital, how much you have, social capital, what ‘old boys’ you know, and cultural capital which encompasses access to culture but also one’s ability to fit in with the dominant culture of the elite. The systematic eradication of arts education in schools, chronic low pay, and a lack of diversity and inclusion behind the scenes, all contribute to poor representation. Indeed the problem goes deeper than under-representation. It is the systematic eradication of working class voices in favour of the established cultural hegemony. Placing a greater value on work which is part of the recognised canon. Differentiating between high and low culture is a form of tacit prejudice against those who are not of the establishment. 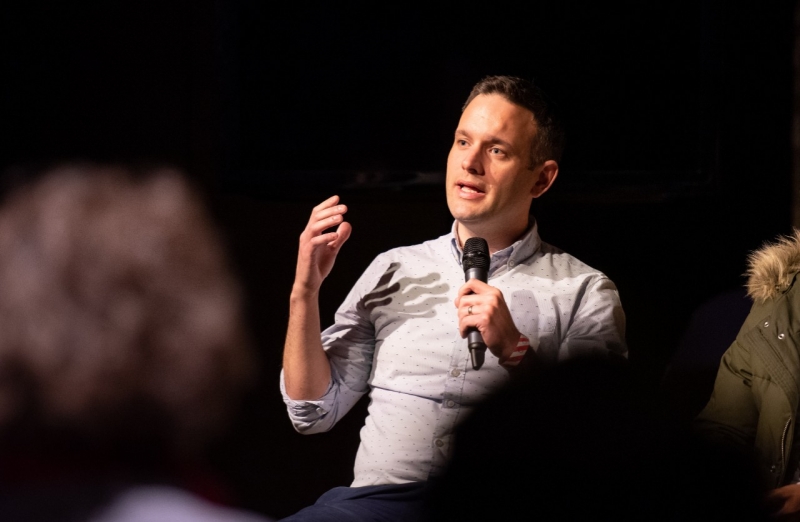 Furthermore when employment is achieved, it often takes the form of insecure employment contracts or freelance work. Stella Duffy, writer and Co-Director of Fun Palaces, a skills sharing and community focused event which champions positive change from a grass roots level, makes the point that having worked as a freelancer in the creative and charity industries, in her entire adult life she has not had a day of sick pay or holiday pay.

Choudhury went on to say “I don’t see myself identifying with the class structure.” Having signifiers prescribed upon you here is much like the debate surrounding the use of the acronym BAME. If we want to avoid being reductive, and engage with experiences beyond normative ones, then people should be allowed to self-describe and not have characteristics prescribed upon them. The lexicon used by industry, particularly in arts funding, is a box ticking exercise. Performing a social role for a white bureaucratic gaze. Harding confesses he also finds talking about ‘social mobility’ using that language hugely problematic. Just as use of the acronym BAME centres witness, talking about social mobility centers middle and upper class experiences and places them as the norm and default standard.

Choudhury made the comment that constantly talking about barriers we have to overcome is regressive and so is looking at the problem from a deficit-based approach rather than an asset-based approach. People who can traditionally be described as working class bring so much with them into workspaces. As a business looking to be commercially profitable it just makes good business sense to champion and employ from a wide cross section of society. 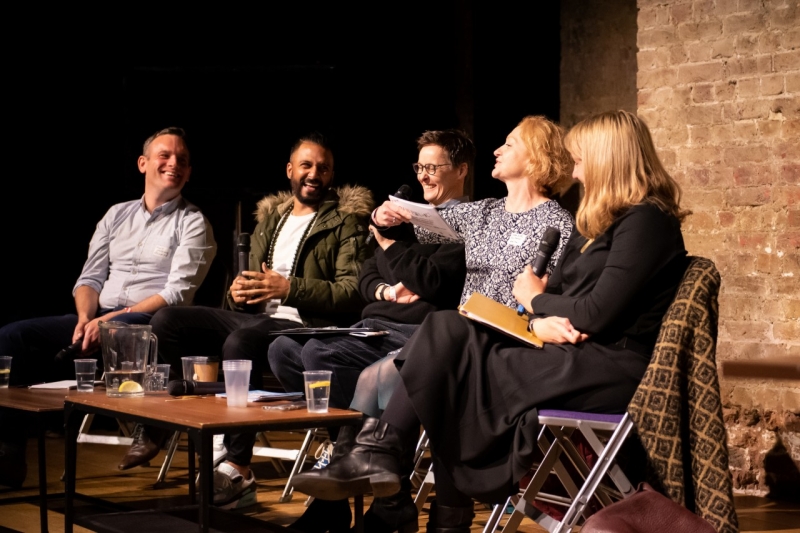 The way resistance to historical inequality is engendered and articulated is often co-opted in a way which commodifies, pacifies and performs a revolutionary spirit of change. Performing institutionalised platitude for acceptance within the dominant system to secure clout or funding is perpetuating the same system which marginalises huge swathes of the population. Then that system pats itself on the back for allowing a few token people in and creating a sense of doing good. Embedded values which challenge working class phobia and internalized stigma have to be at the heart of any process of driving change in the sector. Truly deeds and words are needed.