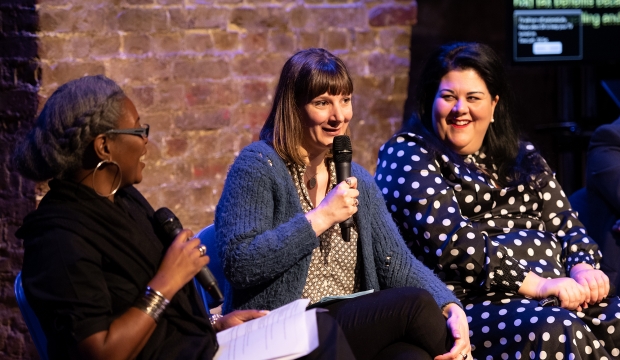 What does it actually mean when we say we want to create inclusive spaces and diversify audiences? It indicates dissatisfaction with the current system and a desire for change. Curating a space where those who create and consume art and culture are not just white, wealthy, cis men from the south east of England but also working class, black boys from Doncaster.

Articulating and critically engaging with inequality in the arts is complex. Though the sector outwardly fervently champions these values, it remains inert, plagued by the pervasive problem of structural inequality.

The arts and culture sector, like the charity sector, often gets away with appearing to uphold progressive values usually associated with diversity and inclusion. Culture is an indication of one’s values, beliefs, critical reflection on society and politics. Though the sector may favour progressive thought, it is certainly a mistake to presume the arts and culture sectors are better than other areas of civil society at implementing and ensuring diversity and inclusion. The deployment of the diversity and inclusion lexicon is often for show. Though the sector outwardly fervently champions these values, it remains inert, plagued by the pervasive problem of structural inequality. 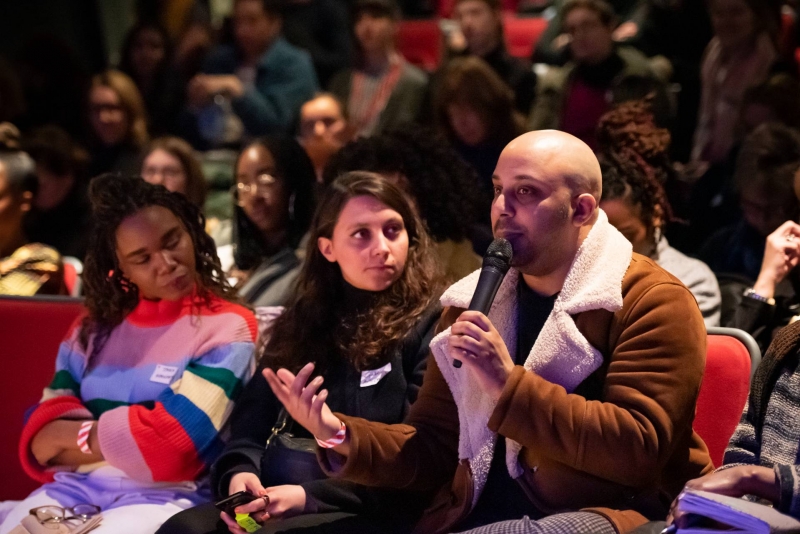 Well how do we create inclusive spaces and diversify audiences in a capitalist white supremacist hetronormative world, which privileges the experiences of able bodied, cis gendered members of the dominant culture?

At the recent Driving Change in Our Sector event held by the Roundhouse, the concepts of space, inclusion and diversity were discussed. Exchanging practical tools for bringing about change. Rectifying the exclusion and marginalisation of certain people. The most concrete advice given was to just do it. Make it the raison d’etre of a cultural organisation and central to the very ethos of an organisation.

“Don’t be afraid to kill your sacred cows,” says Tarek Iskander, Artistic Director of the Battersea Arts Centre. Iskander and his team have pushed forward in making a more hospitable place for people to work and patrons see shows, becoming the world’s first Relaxed Venue in February 2020. Getting rid of the usual rules of theatre etiquette, making performance and the venue more accessible to people. Building an environment and a state of mind which normalises experiences from different points of view. From the artistic projects chosen, to the vibe of the building and its staff, when the process and form are both political, change becomes obvious and inevitable. There is, undoubtedly, desire for wholesale systematic, pronounced change within the sector. However as James Baldwin said “The place in which I’ll fit will not exist until I make it”, and creating such a space takes work. 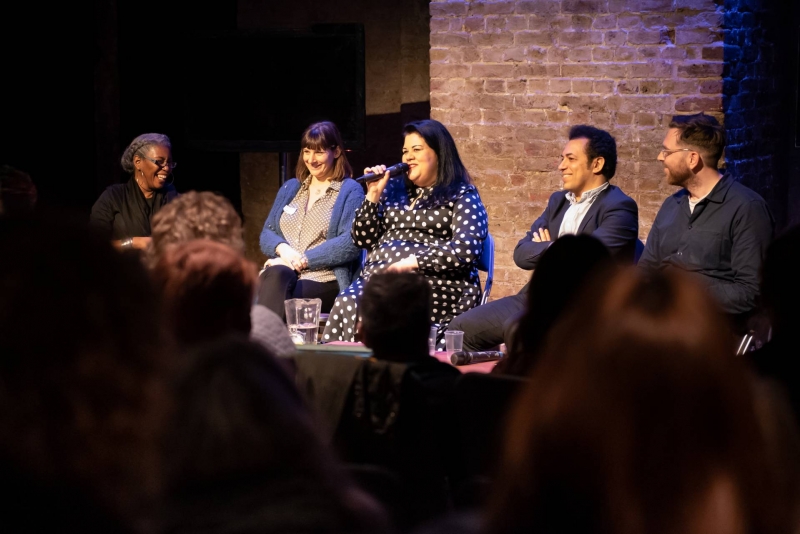 People are certainly trying. However the majority of change seems to happen in entry level positions. For those on the lower rungs of the creative industry, with insecure employment contracts, little decision making power and the weight of speaking as the sole representative of all the protected characteristics you represent, firmly on your shoulders, the diversity and inclusion discussion can be exhausting. Diversity schemes which aim to mitigate against such cultural hegemony have so far failed to have the profound effect needed to produce systematic change within the sector. It is hard to mitigate against discrimination, from the peripheries of the industry.

Though inclusion and diversity are having a moment, there is worry it will be a trend which can be dropped. 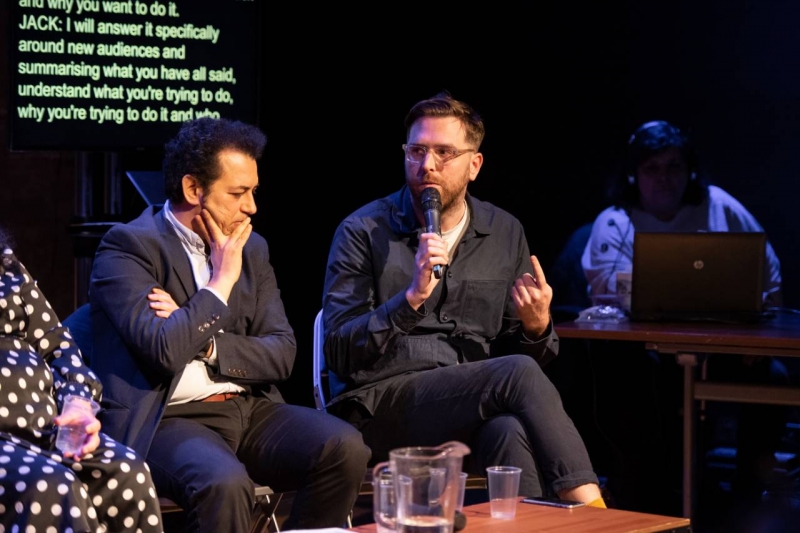 Tarek Iskander from Battersea Arts Centre and Jack Prideaux from the Roundhouse.

Drama and art relies on our visual and auditory engagement with a space that tells a story for a specific period of time. However, often engagement with the arts is based on how far one is able to fit in with the dominant culture of the elite. The Panic! It’s an Arts Emergency report illustrated how the UK’s creative industries are dominated by white middle class people. Those able to access those spaces are familiar with the behavioural codes and shared cultural histories. Linking culture, ideology and politics with how people interpret and make sense of the world through cultural forms. So to participate, assimilation is required, rather than it being a mutual exchange of ideas. 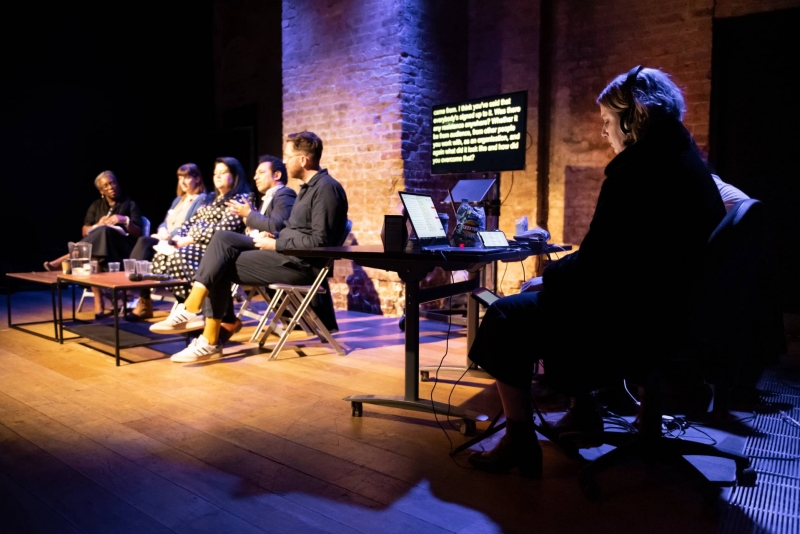 The arts sector knows what it means when it says it wants to create more diverse and inclusive cultural spaces. It means it wants to amend for historical discrimination against working class, female identifying, non-white percentage of the population. Yet inequalities persist and though inclusion and diversity are having a moment, there is worry it will be a trend which can be dropped. Favouring short term tokenism rather than real systematic change is regressive. To create inclusive spaces and diversify audiences, we must not just portray the world through art but actively try to change it.