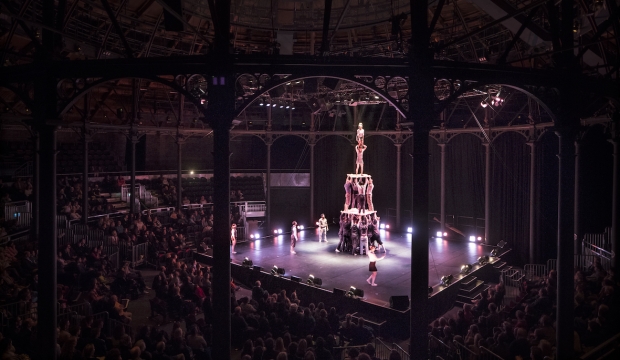 After a week of catapulting themselves through the air as though it’s no big deal, four-people-high human towers and a healthy dose of Lindy Hop, Compagnie XY has wowed audiences and critics alike. We take a look at your reactions to the show…

Caught #CompagnieXY this week. Go see while you can. Amazing acrobalance mixed with lindyhop, what more could you want! https://t.co/eQQ0vPfsaY

Rambunctious, energetic and teeming with life.

As heartwarming as it is sensational, jaw-dropping and hugely entertaining.

Why not make up your own mind and see the show for yourself – but be quick, it’s only on until 23 April!