I know of no other institution that provides the same level of training and support to young people as Roundhouse. 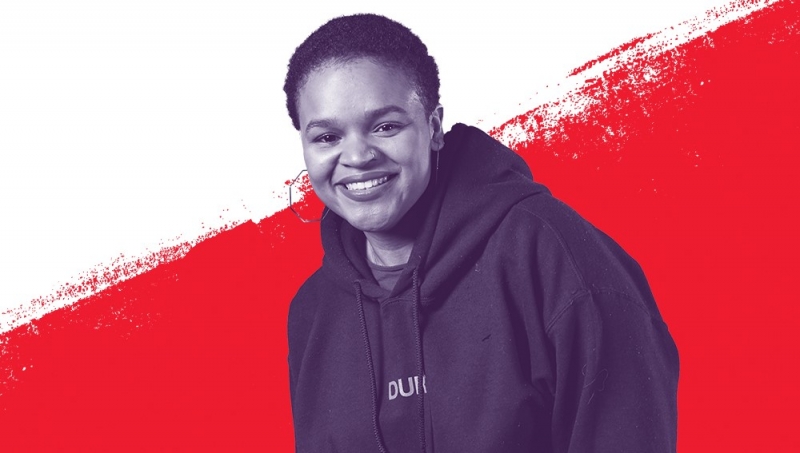 I sort of stumbled into film. I used to work in advertising and love the filmmaking aspect of the craft. I also have several friends in music and was always fascinated on set of their music videos. From there my interest was sparked, but it wasn’t until Roundhouse’s film courses that I had the opportunity to get hands on with film myself. It was then that I decided I want to be a filmmaker.

I know of no other institution that provides the same level of training and support to young people as Roundhouse. The courses at Roundhouse are particularly useful because of the financial aid available, which means the arts can be accessible to those who would not otherwise have the means. Many of the other film courses are both costly and advanced. In addition to the hands on training that I have received – around funding, camera operation (with professional equipment), directing and editing – I have also attended several networking events and met likeminded creatives. As a result, I am now currently collaborating with a producer whom I met on the Bloomberg Programme to make my first documentary.

This documentary addresses dark skinned women’s experience of colourism. I have secured a small amount of funding and nearly finished shooting. I am currently looking for further funding to cover the cost of an animator and our use of archive footage. I hope to release the film later this year.
The many skills I learned on Roundhouse’s Film Production Project, the Bloomberg Broadcast Programme gave me confidence and equipped me for making this film. I also used the Roundhouse’s space and facilities for the documentary shoots. This was a great help as I am working with minimal production budget and this only cost me £50.

We are a charity that believes in the power of creativity to transform lives.
To continue this work and reach more young people, we need your help.Support Us