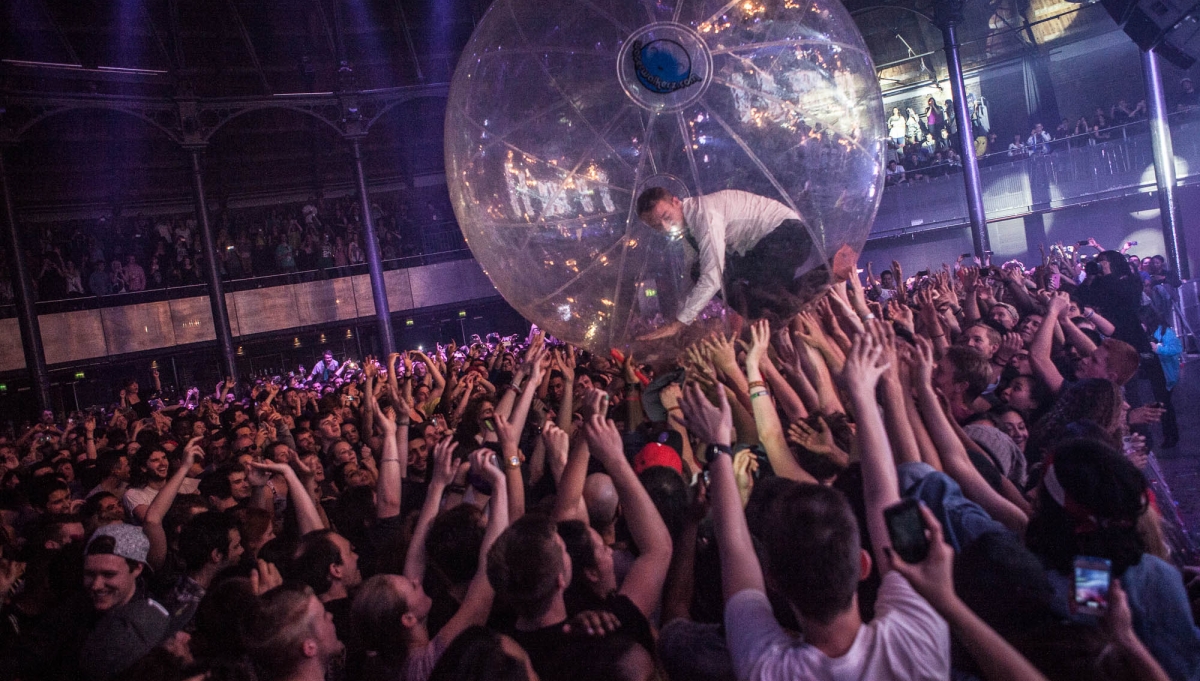 Back in the 1960s, the Roundhouse was famous for hosting wild parties and launching the early careers of some of the biggest names in rock ‘n’ roll. The likes of The Doors, Pink Floyd and Jimi Hendrix all played legendary shows in our space. A decade later, a new generation of artists took to the stage as the punk movement gathered momentum – The Ramones, The Damned, The Stranglers and The Clash were all on the bill in a single year in 1976.

Today, we continue to be loved by audiences and artists as one of the most incredible live music venues in the world. Since our reopening in 2006 following a major redevelopment, we’ve played host to some incredible performances from an enviable list of brilliant artists – from Bob Dylan and James Brown to Jay-Z and Gorillaz.

We’ve also welcomed some world-class music festivals to our stage over the past few years. The iTunes Festival has been a regular fixture in our calendar, placing some of the very biggest artists in the world in a truly unique environment – the likes of Coldplay, Foo Fighters, Adele, Lady Gaga and many more have played the festival.

Meanwhile, the BBC’s acclaimed Electric Proms series featured a stellar line-up of artists from Elton John to Dizzee Rascal and from Robbie Williams to Shirley Bassey and many more.

But it’s not just about the biggest names – we’re even more passionate about emerging artists. Every year we stage Roundhouse Rising, a week-long festival of emerging music. As well as live performances in our intimate Studio Theatre, there are plenty of chances for young artists taking the first steps in their careers to get involved in workshops, masterclasses and creative projects.